What customers are saying - our shower heads

Hear what other customers are saying about our shower heads 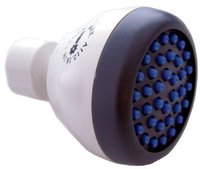 "You get a reduction in water used, which saves money, and there isn't much difference in pressure from my 10 year old shower head either."

"I have tried several low flow heads, while they all save water and electricity(less hot water) some have better spray patterns. This one has a nice straight pattern, it doesn't spray the wall and the shower door together as some do."